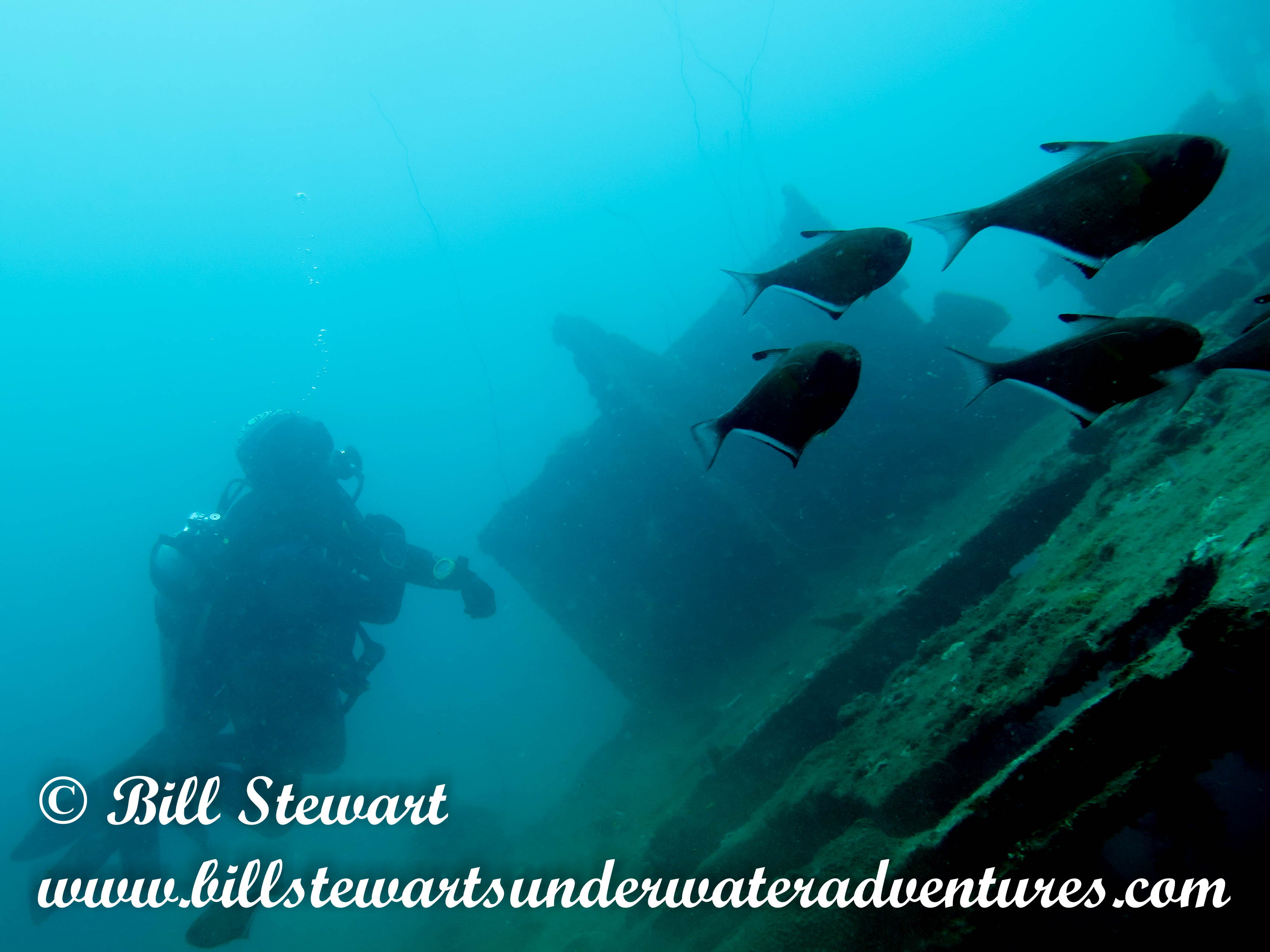 I’ll start with a few more details about the trip from Puerto Galera to Olongapo City and Subic Bay. I took the FSL ferry from Sabang. 230 pesos plus 20 peso tourist fee. We pulled away from the pier at 11:45 AM and were at the Batangas Ferry Terminal by 1:05 PM. Half as much time as my trip over by small bangka boat. The big ferry’s can make much better time than the smaller boats. As usual when leaving the ferry, I was approached by multiple people offering to take me to Manila by private car or taxi. They can be persistent! Usually a firm refusal works. I’ve been known to offer 200 pesos (approximate bus fare) and that will also make them go away. I just don’t see the need to hire a car usually. The trip is relatively short to Manila and since the bus is on the expressway most of the way, I wouldn’t save a significant amount of time. I boarded a bus and we departed right after 1:30 PM arriving in Cubao by 4 PM.

The bus let me out on the opposite side of EDSA from where Victory Terminal is located. Since it’s a divided and very busy road and was going to require a good 10-15 minute walk to get to, I grabbed a taxi. I just didn’t feel like maneuvering through pedestrians pulling a big bag full of dive gear and my small hard case filled with camera gear! The cab had to take a bit of a detour due to road construction, but even with tip I only spent a 100 pesos. That was $2 bucks well-spent in my book!

At Victory I boarded a bus for Olongapo City. We were on our way a little after 5 PM. A little over 3 hours later I was in Olongapo. A short jeepney ride and I was checking into my hotel in Barangay Barretto 🙂 I’d messaged Jocelyn, the owner of T-Rose, while en-route and she’d confirmed that there would be a room for me when I got there.

During recent trips I’ve stayed either in T-Rose or Coffee Shop when coming here for short periods. T-Rose has a bar associated with it, but it closes early. It has a gate and the rooms surround a small courtyard with trees and plants. It has a bit of privacy and being off the main road is quieter. Only a 1000 pesos a night (around $20 bucks). It’s in a decent location also in the center of Barretto. Walking distance to restaurants, nightlife, and the beach. Coffee Shop is a restaurant frequented by many locals. It has a 3 floors of rooms and is also well located. Rooms here can be had for 1095 pesos a night (about $22 dollars a night). Coffee Shop is a bit nicer, but not quite as well located. Both places are clean and have hot water and wifi. For this stay I opted for T-Rose.

For long term accommodations, I’ve stayed at Bella Monte on Del Pilar Street and at Suzuki’s which is right on the beach. I’ve also stayed at accommodations that are managed by Two Can Bar which is on the main highway in Barrio Barretto. I spent a month at Suzuki’s while I was recovering from my angioplasty and stent placement that was done at Medical City-Clark the end of January.

Tuesday I hung out and visited with friends. I also bought a plane ticket to Cebu to leave on Saturday. I normally dive with Johan’s when I’m diving Subic. Johan has one of the oldest dive operations around Subic Bay. My friend Rick Kirkham from Frontier Scuba in Puerto Galera runs some of his advanced technical courses there, taking advantage of the many wrecks in Subic Bay, and utilizing Johan’s operation as a base. Fun dives with Johan’s are running a 1000 pesos a dive if you have your own equipment. This is pretty much the lowest rate around Subic. You can pay more though. I like Johan’s. I’ve been diving there off and on for almost a year and a half now. Nice people and a laid back atmosphere. It’s very relaxed. They normally do 2 dives a day which fits in perfectly with the way I dive now. You can find his website at http://www.johansdiveresort.com/ They have rooms available also and they’re right on the beach in Baloy.

I unpacked my gear and setup my tank. Then had breakfast there at Johan’s. One of the things I like about Johan’s is they often don’t go out until about 10 AM, depending on where they’re diving that day and who is there. The dive sites are a bit further out than they are in Puerto Galera. We’re usually back between 3 and 4 PM depending on where we dive, which is also good. A nice relaxed day of diving!

We did 2 wrecks that day. The first dive was El Capitan. El Capitan was acquired by the US Navy in early 1942 and commissioned USS Majaba in April. It was used to move cargo around the Pacific during WW II. She was struck by 2 torpedoes from a Japanese submarine at Guadalcanal in November 1942. The entire engine room and boilers were destroyed. The ship did not sink though and was towed to the mouth of the Tenaru River and beached. In January 1943 the ship was towed to Tulagi in the Solomon Islands. The hull was repaired and the ship was used as a floating barracks and material stores vessel for the remainder of the war. After that it was towed to Subic Bay, Philippines in 1946 and officially struck from the Navy Ship List. It remained in Subic Bay awaiting return to it’s original owners, but ending up sinking during a storm. El Capitan is almost 300 feet long. She lies on her port side, on a sloping bottom. The stern is at just 13 feet with the bow at 73 feet.

Visibility can be quiet variable. Subic Bay is protected on 3 sides and has a large island (Grande Island). This means that sediment that can be washed into the bay can take a while to filter out. Visibility during rainy season can be 10 feet! Although Subic Bay has recovered a lot, it’s not completely recovered the pristine status it enjoyed prior to the eruption of Mt Pinatubo in 1993. Ash and sediment is still being washed into the bay. Having said that I still enjoy the dives in Subic. The wrecks still attract plenty of fish life and are interesting to dive on due to their historical status. Visibility on this dive was around 30 feet.

Johan’s uses small fast boats to move about the bay, with a canopy for shade, and GPS to help quickly pinpoint the dive sites. My dive on the El Capitan started at 11:06 AM. My maximum depth on this dive was 66 feet and I was back on the boat with 70 bar/1030 psi after a 52 minute dive. Water temperature was 80F.

Early in the dive I spotted a nice grouper peering out from the wreck… almost eating size! A blue-spotted ray swam away from where it’d been resting in the muck near the wreck. There were bannerfish, butterflyfish, grouper, and sweetlips swimming around the wreck, along with parrotfish feeding on the algae growing on the encrusting coral. The issue often, but not always of diving in Subic Bay, is the amount of silt and volcanic ash that was deposited into the bay and still gets stirred up. Muck diving has become more popular here as a result.

After our surface interval we moved to the next dive which was on the LST (Landing Ship Tanks). These ships were designed and used during WW II to support amphibious operations by landing tanks and vehicles on the beach. At 328 feet it’s bigger than El Capitan. It’s sitting with a small list, but upright in 90-120 feet of water on the eastern side of Subic Bay. I enjoy this dive. There are plenty of fish throughout this wreck. I’ve never done a real penetration here, but there are compartments that can be accessed easily that I’ve stuck my head into to take a few photos. There are large schools of cardinalfish who make the wreck home and usually a few lionfish are about.

My dive started at 1:12 PM. We explored mainly along the superstructure and the top of the wreck. My maximum depth on this dive was 77 feet. My dive time was 50 minutes and I was back on the boat with 50 bar/750 psi. Water temperature was again 80F.

After we were all back on the boat, we headed back to the dive center. We were back well before 3 PM. One thing they do at Johan’s is meet you as get back and take your drink order. All divers get a free drink at the end of the days diving. Sometimes I have hot tea and sometimes I have a San Miguel Light, depending on my mood!

After getting back to T-Rose, I showered and got a nap in. I had dinner that night at Sit-n-Bull Restaurant on Del Pilar Street in Barretto. This is one of my favorite restaurants and I have dinner there quite often when I’m in town. They have a wide variety of American, Mexican, Italian, and Filipino dishes. I’ve never had anything from their menu I didn’t like! Be prepared for huge portions though! A good place to go with an appetite.

After that back to the room, work on photos for bit and sleep… yes I know very boring!

In the next installment I’ll write about two of my favorite dives at Subic Bay… Barges and San Quentin… stay tuned!