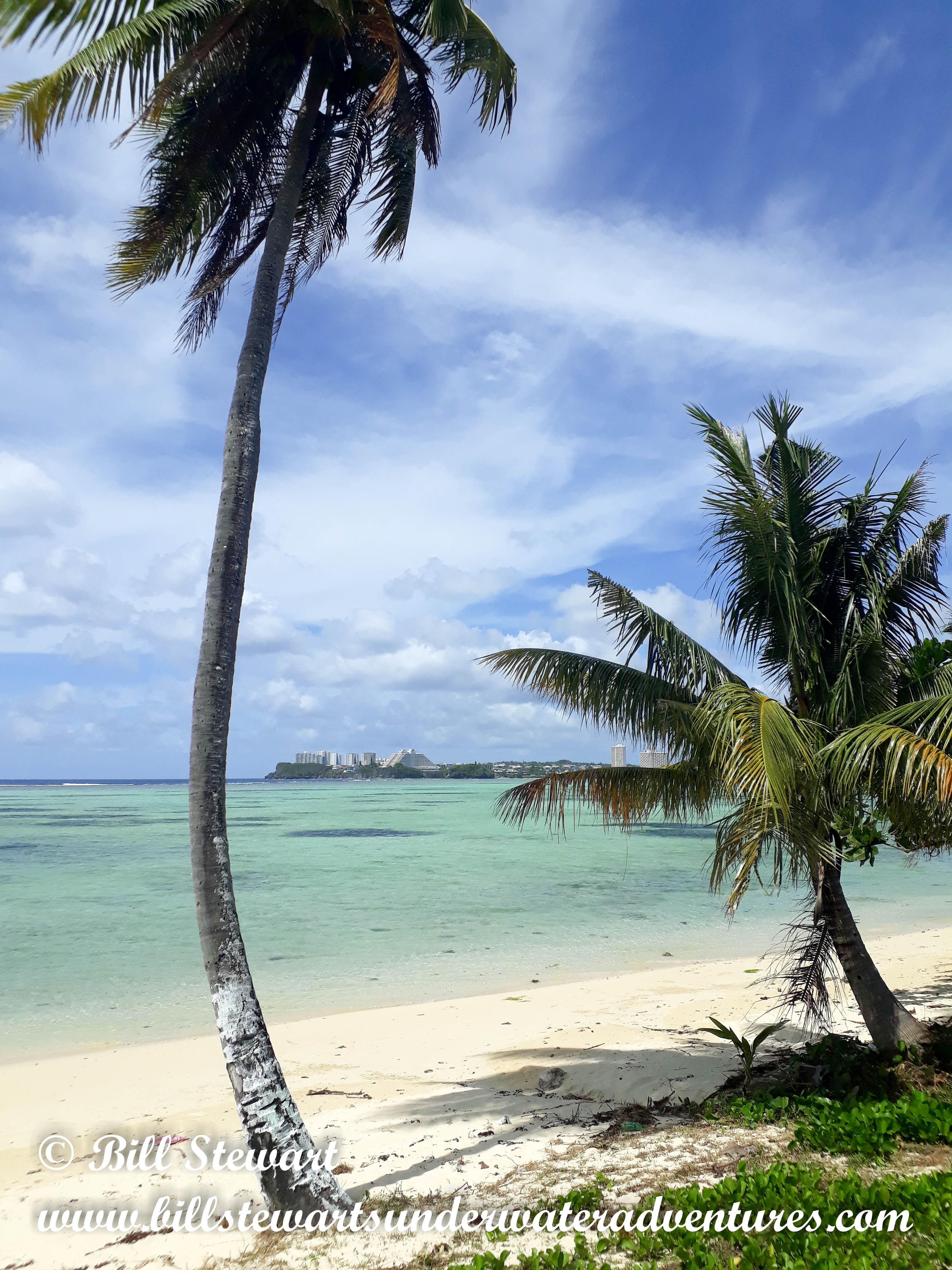 I first thought about living in Guam after I made a dive trip here in December 2007. I was stationed in Japan at the time and I really enjoyed the trip and the diving. When it was time to transfer I tried to get orders to Guam. Unfortunately, I was one month shy of being able to do a full tour and had to return to the United States for my last tour before retirement. I was stationed in San Diego.  I did get to dive in California and Mexico as a result of that so it wasn’t all bad 🙂

Those of you who follow my blog already know my story. How I decided a few years ago to sell everything and just travel full-time. You’ve also read about my visit to Guam and my trip to Chuuk last year.  How I decided to become an instructor 40 years after making my first scuba dive and to move to Guam to teach.

On the night of March 25th I flew out of Manila on a United flight bound for Guam.  Both United and Philippines Airlines have regular flights between Manila and Guam.  I arrived in Guam around 4:30 AM on Monday, March 26th. After passing through Immigration and Customs, I picked up my rental car from Alamo.  I ended up at Denny’s where I had some breakfast, used their wifi, and drank coffee for a couple of hours.  I decided around 7 AM to go for a drive. I still had a couple of hours to kill until I met my real estate agent at 9 AM.

I decided to see if I could drive around the island since I still had some time. The road traveled along much of the coastline and I was struck by the differences in water conditions. The Marianas Islands, including Guam, Saipan, and Tinian, lie upon the eastern border of the Philippines Sea. I noticed that the seas were relatively calm on the western side of Guam. On the eastern, Pacific Ocean side the waters were quite rough. It also explains why most dive sites are on the western side of the island!

Miyuki Atsuta from Ellen’s Realty was my agent. Decent low-cost apartments that were currently available it turned out were in short supply.  By Thursday I’d seen everything on the MLS that was relatively close to the area I wanted to live and was within the budget I’d initially chosen. The problem was availability! Everything that was currently available also had people on a waiting list. I had a chance at getting one of these apartments, but no one seemed in a hurry. One complex said there were six people in front of me and they were going down the list and waiting for people to get back to them. Another complex that my agent had submitted an application to before my arrival, we were also still waiting for a decision. He seemed in no hurry and given the demand I could understand why!

I was debating getting on a waiting list and then flying back to the Philippines until an apartment was available. After some thought I decided that I was going to have to increase my budget.  New apartments appeared on the MLS on Thursday.  I picked 4 of them to see on Friday and emailed Miyuki.

After looking at all four apartments I chose one in Asan based on it’s proximity to the dive shop.  It’s literally 2 minutes from Micronesia Divers Association in Piti where I will be teaching.  It’s less than a 15 minute drive to the Navy Base which is important to me as a retired Navy sailor.  Having easy access to the base for shopping, buying fuel, and using base facilities like the gym and swimming pools was important to me.  I’m also near the Navy Hospital where I will be getting medical care. My new apartment is a 500 square foot studio with an ocean view, a swimming pool and a great location! Miyuki did a great job and if you are looking for a place in Guam definitely give her a call!

On Saturday, I rented a PO Box, paid my deposit for electric and scheduled it to be turned on Monday, then went by the apartment to finish paperwork and pick up my keys. On Monday, April 2nd, one week after I arrived, I moved into my new apartment.

My 2nd week in Guam was busy.  In between looking at apartments, I had been looking at vehicles.  Once I paid my deposits and knew I was staying, I’d found a vehicle at AutoSpot over the previous weekend. My salesperson was Jeri Miyasaki and she took very good care of me. I got a great deal on a 2006 Nissan XTerra. I picked it up on Monday.  Alamo Rental Car gave me a ride back to the auto dealership after I turned in my vehicle and didn’t even charge me!

I’d bought a bed at the Navy Exchange on base over the weekend and I picked it up on Tuesday.  I got that home and set up.  Monday night I’d slept in a beach chair… the bed was much more comfortable!  On Wednesday my high-speed internet, cable, and home phone were hooked up.  I’d gotten my cell phone service on Saturday.  I bundled all of this with GTA.

I picked now to get sick with a pretty bad chest cold.  Obviously I wasn’t going to dive! I spent the weekend and the beginning of my third week in Guam mostly staying home trying to recuperate.  Later in the week I was feeling a bit better and stopped by MDA and bought two new tanks.   I’ll be writing about choosing a scuba tank in an upcoming blog piece.  I also had the chance to talk a bit with Eric McClure, one of the Course Directors, and with Lee Webber, who owns MDA with his wife June.

I’m finishing up my 4th week here now.  I was at the instructors meeting at MDA last Sunday.  I got a chance to get a look at the logistics a bit.  Where the classrooms are, the pool and how to schedule that for training, where to take students for open water shore dives, how to schedule boat dives, and a look at how everything works.  MDA runs a number of promotions to help bring in students and they give a lot of support to their instructors.  One of the reasons I chose them.

I worked on Friday, taking a diver from California who was in Guam on business, diving. The first client of my new business! That was a really enjoyable day! I took him to San Luis Beach and Gab Gab Beach and we had two nice dives.

Weekends at MDA have free beach dives. Anyone can show up and go for a dive. Parker Van Hecke and Kim Harris, long-time instructors at MDA lead the group. The Saturday morning dive this week turned out to be at Dadi Beach on the US Naval Base and was a nice dive. I tagged along and had an enjoyable morning! If you want to get an introduction to Guam dive sites that you can do from shore, this is the way to go. Dives are at 9 AM and 2 PM on Saturdays, and 2 PM on Sunday. Always a good idea to check with the shop ahead of time.

Currently, I have an Advanced Open Water class scheduled for May 2nd and an Open Water class for May 7th.  If you’re in Guam and interested you can sign up through MDA or contact me directly and I’ll take care of you. I’m also available for guiding and can set up private or semi-private lessons for you as well.

2018 has been a pretty good year so far.  I started with dives on New Years Day in Hawaii. I traveled to the Philippines the end of January and stayed until late March. Now I’m in Guam and looking forward to experiencing some great diving here along with introducing new people to the lifestyle I love.  It’s going to be an awesome year!

One Reply to “Moving to Guam”