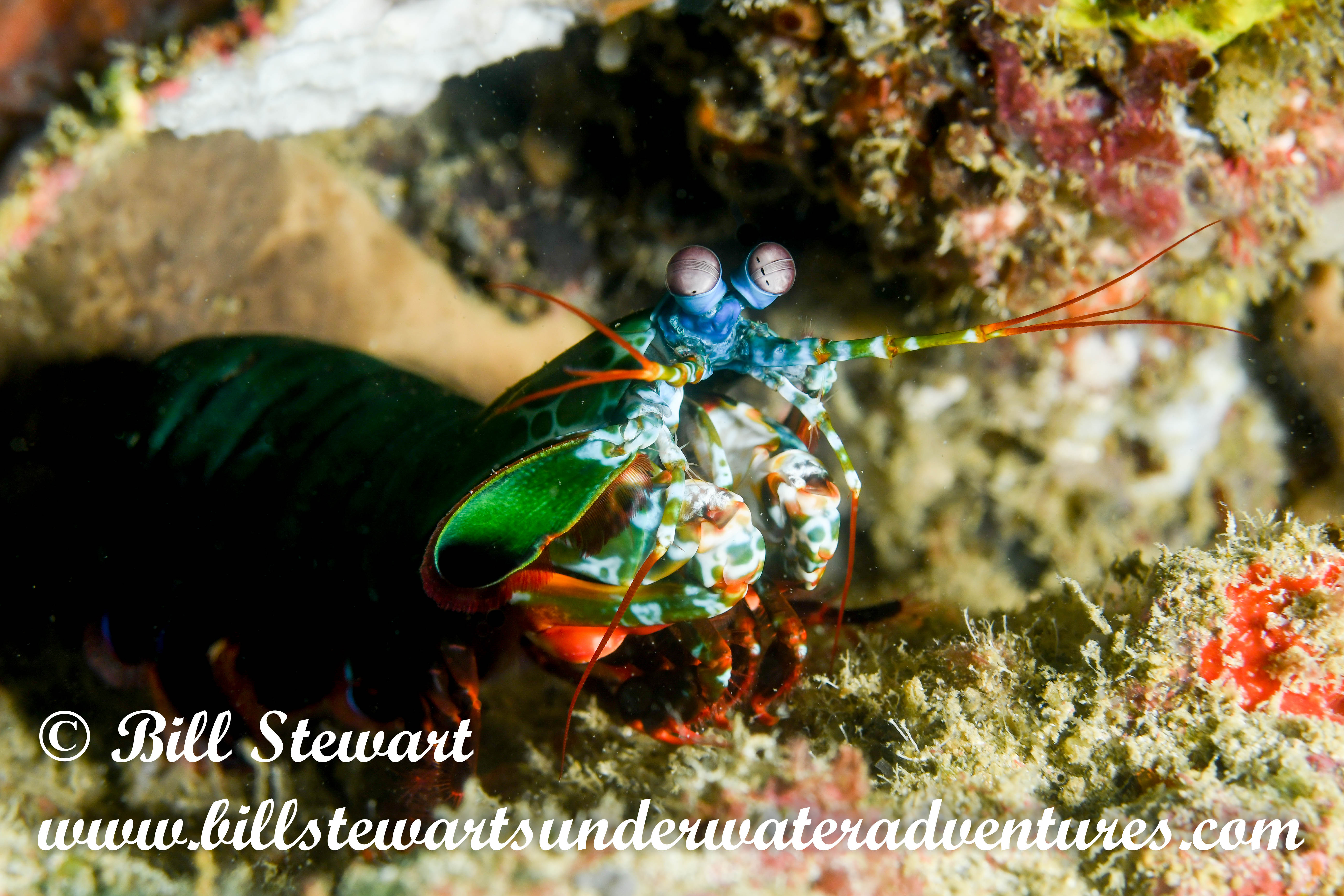 I flew out of Honolulu on Tuesday afternoon, January 30th (yes I’m way behind :)). I had spent most of January working on my MSDT (Master Scuba Diver Trainer) program, which certified me to teach an additional 10 specialties. I finished that up on Sunday, January 28th. Monday and Tuesday I ran around taking care of last minute errands. I mailed most of my books and instructional manuals to my friend Jason Cunningham in Guam along with some of my dive gear. I still had plenty of dive gear in the Philippines. I dropped my vehicle off at the same dealer that I purchase it from. I’d arranged for them to sell the vehicle on consignment (much cheaper to buy a vehicle to use for 3 months then sell it, than rent). I got a cab to the airport from the dealership. It was a much shorter flight to Manila than when I fly from Houston! I arrived in the evening on January 31st (after crossing the International Date Line).

On February 4th I met my friends Ron and Dennis from California at the airport. Since we were able to split the cost 3 ways we opted for a van to take us from the airport to Batangas Port (P3300/$65). There we caught the ferry to Puerto Galera.

I’d made the arrangements over a month previously. Dennis had just over 2 weeks. Ron would be in the Philippines for 5 weeks. I would stay until March 25th and then fly to Guam. We planned a week in Puerto Galera and a week in Malapascua. In Puerto Galera we would dive with Frontier and in Malapascua with Evolution.

After arriving in Sabang, we dropped off dive gear at Frontier and then headed to AAA Hotel. I’d had a few days to recover from jet lag. Ron and Dennis had not. Diving could wait until the next day.

I’ve written pretty extensively about Puerto Galera in the past so I will not rehash that now. We had a great week in Puerto Galera! Those of you who have followed my blog for a while know that I’ve spent a fair amount of time diving Puerto Galera. I’ve made over 80 dives there. We dived a relaxed pace that week completing 13 dives in 6 dive days including multiple dives at a few sites. Dive sites included Sinadigan Wall, Sabang Point, Hole-in-the-Wall and Canyons, Kilima Steps, Alma Jane, Sabang Wrecks, Boulders, West Escarceo, and of course a trip over to Verde Island.

I will mention one particular dive though. We were diving Canyons and got separated. Canyons is often a roller coaster of a dive due to strong currents and that day was no exception! On top of that visibility was probably not more than 30-40 feet as we’d gotten a fair amount of rain that week. I stopped to take a photo and when I looked up the rest of the group was gone! Fortunately we were already close to the end of the dive at this point. I went with the current expecting to catch up with them. I saw bubbles ascending and thought it was them but when I reached them (in the 3rd canyon) and was able to see the divers and not just their bubbles, it turned out not to be them. There’s a ship anchor, a very large one near the 3rd canyon where we normally start our ascent. With current running strong, it’s a good idea to re-group before starting the ascent. Since they were in front of me I expected either to catch them or they would be waiting there. I thought for sure they would be there waiting for me but when I arrived they were nowhere to be seen!

With me bringing up the rear they should have reached this point before me. I decided that someone must be getting low on gas and they had already started their ascent. After hanging on too the anchor long enough to scan the area, I let go and started my ascent. I lost sight of the bottom very quickly and my ascent and safety stop were in the blue. Up and down currents can happen in this area so it’s important to watch your depth.

When I reached the surface I did a 360 scan and there was no one there…nobody…. no boat… nobody… and of course the current was carrying me away from shore! Still, I wasn’t too worried. I was confident I could attract a boat as I had my Dive Alert with me and there is plenty of boat traffic in that area.

Less than a minute I saw an SMB hit the surface. Knowing that chances are better for a group than someone by themselves to be spotted, I started kicking towards it…. “against” the current I might add 😄 A few minutes later heads started popping up and it was the rest of the group! Unfortunately for me, it was up current from where I was!  It may have just been a hundred yards or so but, they had been at the surface for several minutes before I reached them… did I mention it was against the current? 😀
We decided that because of the low visibility that I must have passed by them when I went to investigate the bubbles that turned out to be a different group of divers in the 3rd canyon. I’d ascended a bit letting the current carry me and they were hugging the bottom where it was likely a bit slower.I was trying to catch up after all so we could do our ascent together.
Now we’re wondering, where the boat is? I’m sure we’ve drifted well over a mile from shore by this point! We saw a boat quite a distance maybe a mile away. I warned the others that I was going to use my DiveAlert. For those who haven’t heard of them, it’s a device that attaches to your LP inflator hose and then to your BCD inflator. Your BCD works normally, but the DiveAlert can be used as a signalling device. Below the surface it makes a quacking noise. Above it’s an air horn…. a very loud one! They claim it can be heard a mile away and I can attest that it’s true!
After the first blast we could see people on the boat looking but they hadn’t spotted us. A DSMB may seem fairly large and bright, but from a mile away it really isn’t! After the second blast, the boat turned towards us and we were picked up. That was when we discovered they were looking for us! Our boat had developed engine trouble and had to be towed back. They quickly found another boat that could look for us.  Lucky as we could have been out there much longer until a boat came close enough for us to signal! As it was we still drifted a good half hour before we were picked up!

Ron and Dennis flew to Cebu on the 13th. I ended up skipping Malapascua. I was sick and wasn’t going to be able to dive. As it turned out, there were issues with the weather and they were stuck in Maya for 2 days because the ferries weren’t going over to Malapascua Island. I improved a bit then felt I was relapsing. I went to Manila for a few days then went to Medical City Clark to get checked out. I was diagnosed with a bacteriological infection and apparently, my arthritis was acting up in a big way! Antibiotics and a strong pain reliever and I was feeling much better the following week.

Ron and Dennis were finishing up Malapascua at the same time I was getting checked out at Medical City Clark. Dennis headed back to the US and Ron went over to do some diving in Subic Bay.

I caught up with Ron there although I didn’t dive. He told me he’d had a great time diving with Evolution in Malapascua. I wasn’t surprised as I’ve been diving with them for years. We visited the Bureau of Immigration office in Olongapo and extended our visas. After some discussion, we headed back to Puerto Galera.

We arrived back in Puerto Galera on February 28th. It’s high season and the only rooms that were available in our price range was the opposite end of Sabang from Frontier at Reynaldo’s. We really enjoyed Reynaldo’s which had a great view, good service and a good breakfast for a very reasonable cost. We would usually sit on the balcony in the morning and have breakfast. We had a really nice view of Sabang Beach.

We stayed there until the 8th and then transferred to AAA. When we arrived back in Sabang, AAA was fully booked. Reynaldo’s became fully booked on the 8th so we didn’t really have a choice about moving (welcome to the high season… there’s a reason I recommend booking ahead of time this time of year). AAA doesn’t have the view, but then it was also substantially cheaper!

There are some really good restaurants in Puerto Galera. El Galleon Resort, home of Asia Divers, has a great breakfast buffet and we went there a few times. We often had lunch either at Tamarinds, which wasn’t far from the dive shop and had a great view, or at Papa Freds Steakhouse which had some nice lunch specials. For dinner, there was Atlantis Resort which has great food and service and Captain Greggs, which is another restaurant on the beach with a great view. Cheaper and also good was Tina’s Restaurant which was just below Reynaldo’s on the waterfront.

My personal favorite restaurant in Sabang is Vesuvio’s. They have a brick oven and make what I consider to be the best pizza in the Philippines! The restaurant used to be on the main street leading up from the pier but moved late last year. Walk up the street from the pier and turn left at the laundry, just in front of Tropicana Restaurant. Then straight a couple minutes walk at most and you will find it on the left. The kitchen is downstairs and dining is upstairs. Great selection of pizzas and they will make a custom pizza for you if you like. They also have great pasta.

We talked about going over to El Nido, but in the end, we opted to stay in Puerto Galera. One thing we had talked about doing that we had not done in February was rent motorbikes. They’re available for 500 pesos a day (around $10 bucks US). We made a visit to Tamaraw Falls and stopped and visited the ATM in Puerto Galera town on the way. The ATM at the bank in Sabang still does not accept debit or credit cards from foreign banks.

Ron left on the 12th but I decided to stay a bit longer not leaving until 18th. I took it easy and did only 11 dives. I ended up with only 24 dives this trip. Ron finished up with 50! Ron also became my first official student as a new scuba instructor. He completed his Advanced Open Water and Nitrox specialty.

As I finish this up I’m in my new apartment in Guam. I arrived on March 26th and I’ll write more about that and my plans here in my next post.