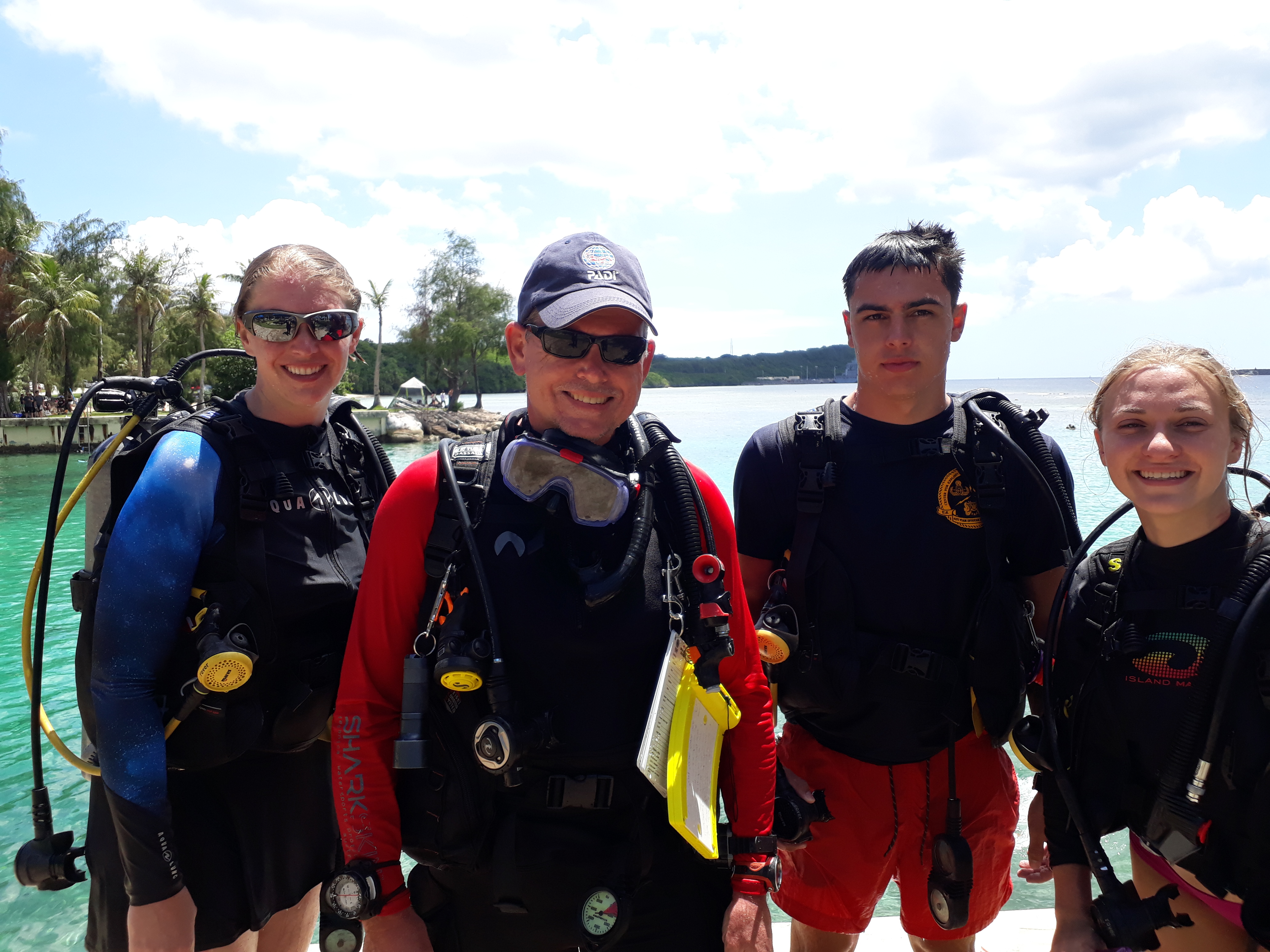 I became interested in scuba diving at a very young age… I was about 10 years old when I discovered the old television series Sea Hunt with Lloyd Bridges. I used to rush home from school every day to watch re-runs (Sea Hunt actually started filming before I was born and was in re-runs by the time I discovered it). Living in a small Texas city at that time, far from the ocean, I was fascinated.

Watching Sea Hunt had me looking for books on diving at the library.  I’ve had a life-long love of reading and I’m prone to look for a book whenever I’m curious about something. One of the first books I found was “Silent World” by Jacques Cousteau who became one of my early inspirations. When I was 13 and just out of 7th grade I was in Corpus Christi with my father. As we were driving I saw my first dive shop (Copelands one of the oldest dive shops in Texas I later discovered) and convinced him to stop. I used money I had earned working in my dad’s warehouse that summer to buy a set of snorkeling gear. It was Scubapro and the first quality set I owned. Much better than the cheap plastic drugstore variety! When I returned home to Bryan I found a “skin diving” course being offered at the municipal pool and talked my mom into taking me. That first scuba dive happened later in Virginia, my first year in the Navy.

Looking back at my IDC (Instructor Development Course) and time I spent at Dive Oahu in Hawaii, I have to admit it was a hectic period of time.  We started with Assistant Instructor the first half of the course and then moved on too Instructor which was more practice!  Successful completion of the course requires an in-depth understanding of everything! The PADI teaching method, standards and practices, dive theory, rescue, practical application and demonstration of diving skills. It was an intense experience to say the least!

I have to say even though I’ve been diving a long time, it was a bit challenging at times.  I remember one day in particular that was not a fun day!  We did a beach entry through what I considered (still adjusting to Hawaii and I’m not as young as I once was) to be fairly heavy surf. This was followed by a surface swim out a good 300 yards.  We presented the skills we’d been assigned to teach. We were doing makeups so we had 4 skills in all to present. Some at the surface and some that we taught underwater. Everyone took turns. We had a bit of current that wanted to push us south and there was surge to deal with as well. We were in the water a good 3 hours (obviously not underwater the whole time).

After we’d all finished teaching our assigned skills, then it was time for rescue practice which we practiced on every open water training dive we did throughout the IDC. Rescue practice consists of keeping someone afloat while removing all of their equipment and your own, all the while doing rescue breaths every 5 seconds.  Did I mention there was a current?

By the time we headed back in I was exhausted and frankly not in the best of moods… then out of the blue, I came face to face with a sea turtle! He went right and I went left as we passed each other. At the moment I saw him my mood was lifted and I thought to myself how cool that was! 🙂

My biggest concern and probably a big reason why I never became an instructor all these years was that I might somehow lose that feeling… the feeling of joy, the feeling of adventure, that feeling I get when I see something amazing, whether it’s a new nudibranch species, or a shark, or a turtle… Those who dive know that feeling 🙂

Why am I happy that I became an instructor? Because now I get to share that feeling with others and THAT is even cooler! 🙂